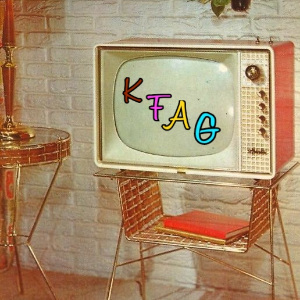 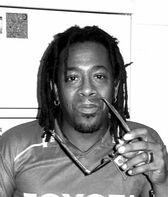 Her/Herstory —​ ​Joan Jett Blakk is a drag persona brought to vivid life and eventual national attention by Terence Smith, a chicago-based Afro American activist, actor and writer who began performing as early as 1974.  It was 1991 when Joan Jett Blakk made her first bid for public office running against Richard M. Daley for mayor of Chicago, Illinois. She made a splash on local television as a guest on the Faith Daniels Show, appearing as the first drag queen to run for mayor of that municipality and garnering the vocal support of an impressed audience member, an elderly woman who commented on the air, “She seems very nice, I’d vote for her.”

Not satisfied with just a local political race and inspired by activist groups like Act-up and Queer Nation and their fight for visibility during the AIDS crisis, Joan Jett Blakk announced her run for President  in the 1992 election against George Bush.  This campaign brought her first to the radio airwaves where she announced she was throwing her pill box hat into the ring and this got the message out all over the world.  She followed this by hitting the road making stops in Los Angeles at the SPEW 2 zine convention, and  Oberlin College in Ohio,  Northwestern, and Southern Illinois University.  The Joan Jett Black for President campaign trail garnered a great amount of national attention, culminating with an unexpected  and heavily televised appearance on the floor of the 1992 Democratic National Convention at Madison Square Gardens in New York City. .Using guerrilla activist tactics to gain entry disguised as a man,  Joan headed to the men's room and transformed into the elegant highly visible drag queen that caught every networks camera the minute she hit the floor.  Running on the Queer Nation Party ticket with the campaign slogan “ Lick Bush in 92”  Joan Jett Blakk had arrived.  Oddly enough she was immediately handed a set of the necessary credentials required to be there by a staff member who must have been familiar with her campaign.  She wasn’t arrested or escorted out by security, she was embraced as a courageous Presidential candidate who really knew how to make an entrance.

Following the 1992 presidential campaign, Joan Jett Blakk relocated to San Francisco and  joined the celebrated African-American stage comedy troupe Pomo Afro Homos.  Digging into a new city and establishing herself took no time at all with the creation of Late Night with Joan Jett Blakk, a late night live talk show.  Produced by Ric Jacobsen at Josie's Juice Joint and Cabaret, this format proved wildly successful, culling stellar guest lists featuring some of the best and brightest LGBTQ artists, performers, activists and musicians of the era for an informal chat with Joan and her hilarious co-host Babette (Steve Mounce).  These shows almost always sold out and were full of laughter, amazing conversations, visceral musical performances, respectful honor for community heroes and even controversy.  Late night entertainment at its very gay best.
​
As we all know, things can change very rapidly in our world.  People die, venues close,  communities change and evolve, and new directions are chosen.  Joan Jett Blakk moved away from performing and activism to explore other avenues of interest while just trying to survive in a city that rapidly became one of the nations most expensive places to live.  It’s a challenge that has driven many artists and performers away.

In June 2019, a play based on Smith’s 1992 presidential campaign,.  Ms. Blakk for President, written by Tarell Alvin McCraney and Tina Landau,  will open at Steppenwolf Theater in Chicago.  Tarell Alvin McCraney wrote the screenplay for Moonlight, winner of the academy award for best picture in 2017  and will be starring in the title role.
Copyright© 2019 Terence Alan Smith
Powered by